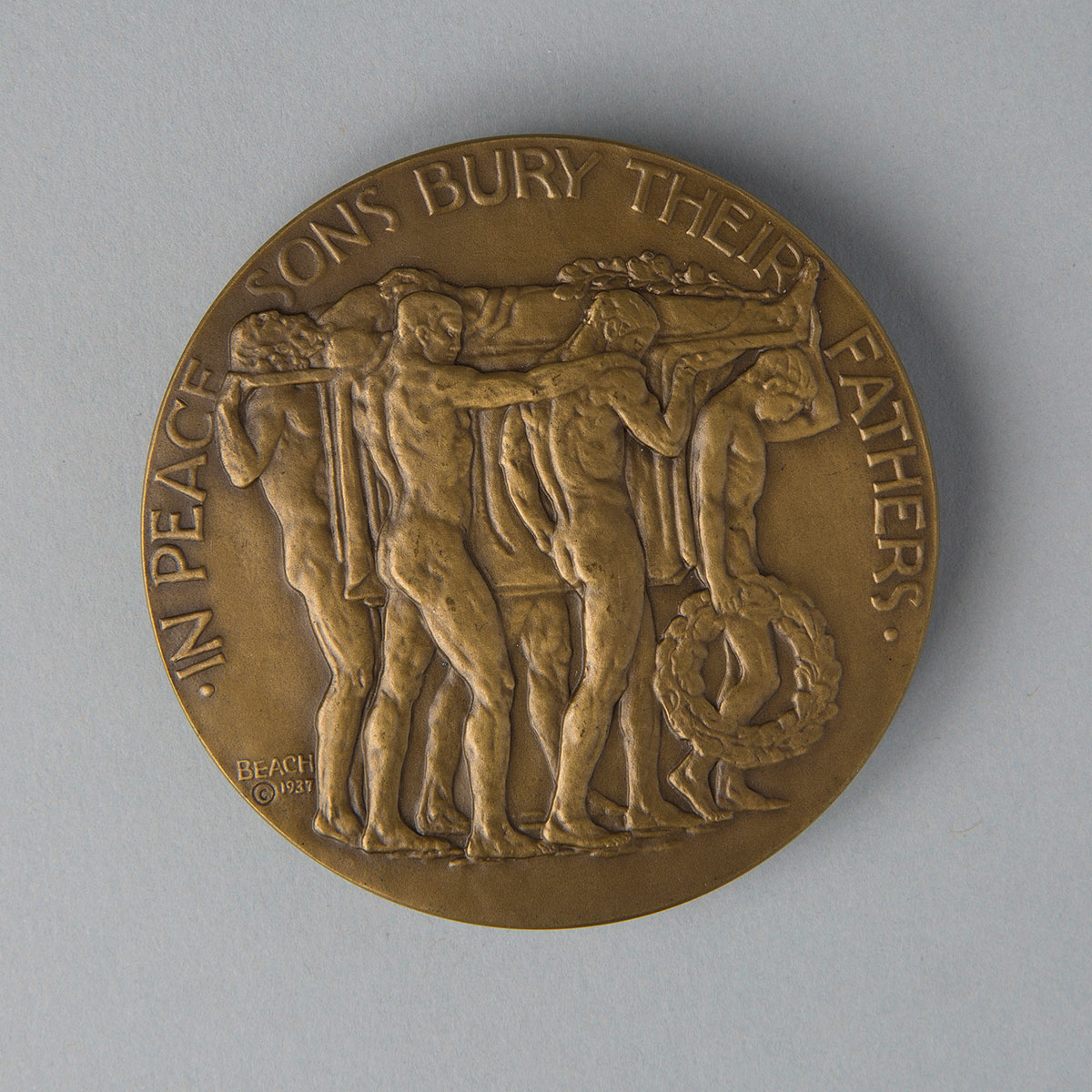 Artistic Focus – Chester Beach’s stature as an academic sculptor of the figure is undisputed. But his work, characterized by one critic as “pure idealism united to a brilliant technique,” also possesses a subtlety and cleverness that reveal him as an imaginative and extremely insightful artist, whose sculptures transcend traditional representation and communicate to the observer both deep emotion and the presence of a vital, human spirit.

Artistic Focus – Roberto Berdecio was an energetic and creative muralist, painter, and printmaker who not only holds an important place in Mexico’s long history of art in the service of social change, but who, like David Alfaro Siqueiros, also embraced and left his mark on the creation of art and murals in the United States during the late 1930s. Berdecio himself noted that his extensive travels throughout South America brought him closer to its indigenous peoples, and this affinity is reflected in the simple integrity of his smaller-scale figural works.

Artistic Focus – Whatever their medium, Franz Bergmann’s bold, modern paintings – often seeming European in influence – and his large and sometimes eccentric murals, were praised for their dexterous facility, use of brilliant color and poetic quality. Categorized as a Modernist, Bergmann employed the techniques of particular artistic styles – Post-Impressionism, Cubism and Futurism among them – without ever allowing himself to be strictly identified with any of the styles he incorporated into his work.

Artistic Focus – Among the canvases painted by Jane Berlandina during her career were portraits, landscapes, genre and still lifes, created in a variety of media, including oil, watercolors and tempera. She was best known for her watercolors, which reflected the teachings of Dufy and featured jarring colors, which she juxtaposed for brilliant effect. Her use of color was said to presage the “push-pull” theories of color use that Hans Hofmann later applied to his work. 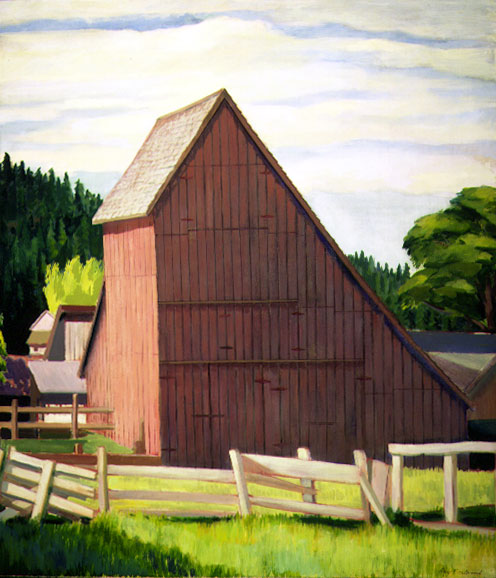 Artistic Focus – Raymond Bertrand’s works on canvas were predominantly landscapes, featuring scenes of California’s striking geography, as well as oil paintings of Arctic landscapes noted for their use of icy blues, grays and whites. 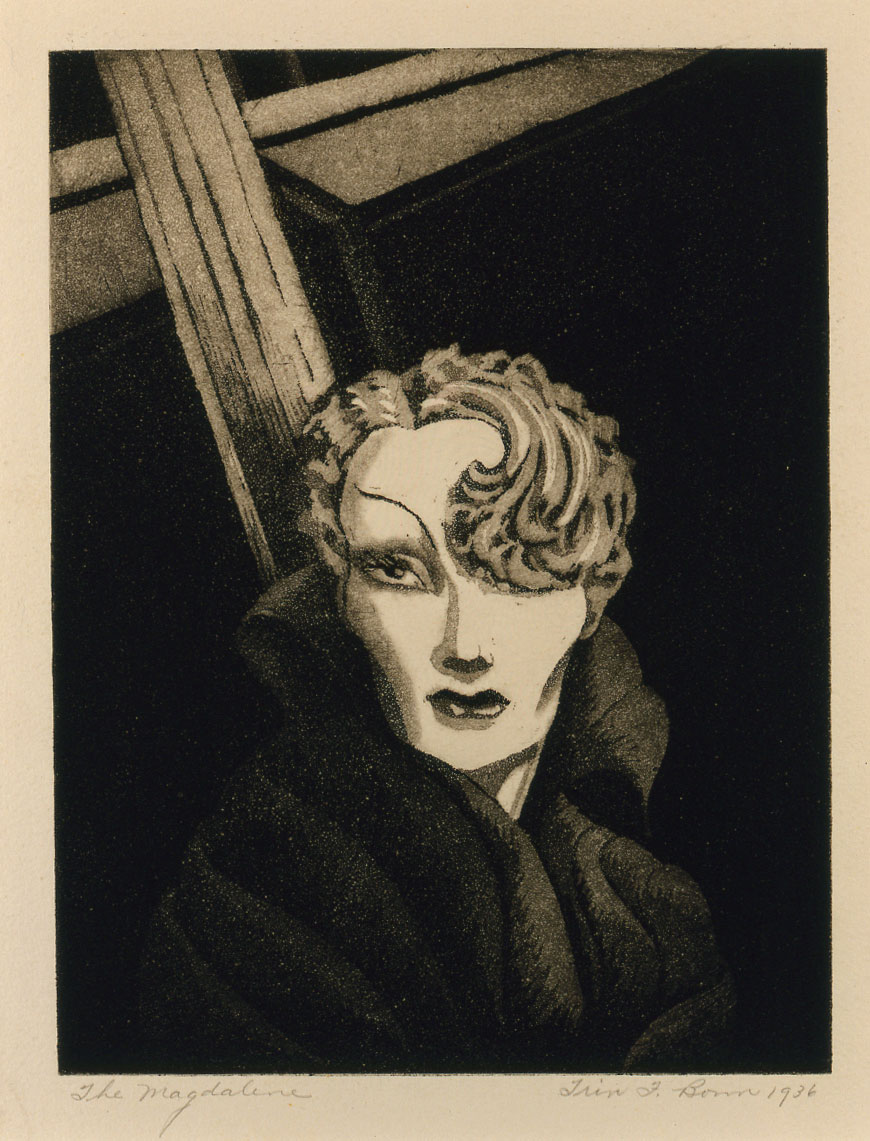 Artistic Focus – Little is known of this enigmatic figure that had visionary talent for evoking the Modernist sentiment in the viewer. Known as “Trin” in how he signed some of his artwork, Bonn created a simultaneously fantastic and possibly religious modernist work of art in The Magdalene. With a nod to the lovely and severe Marlene Dietrich, The Magdalene leaves the viewer breathless and in awe of this woman and the symbolism attached to her. Trin Bonn, though enigmatic, was an artist of merit.