Artistic Focus – Paul Julian had a long career, as a skilled painter of many subjects, a WPA muralist, and also a background animator and title designer for several Hollywood studios. His painting style varied over time, from bold Modernist contours and deep colors, to more abstract and fanciful subjects using a bright and lively color palette.

Artistic Focus – Samuel H. Wainwright, Jr.’s career included commercial and illustration art, as well as landscape and portraiture. His landscapes included scenes of the California coast, as well as areas along the eastern seaboard; and his depictions of the richly-colored flowers of Bermuda were highly regarded. 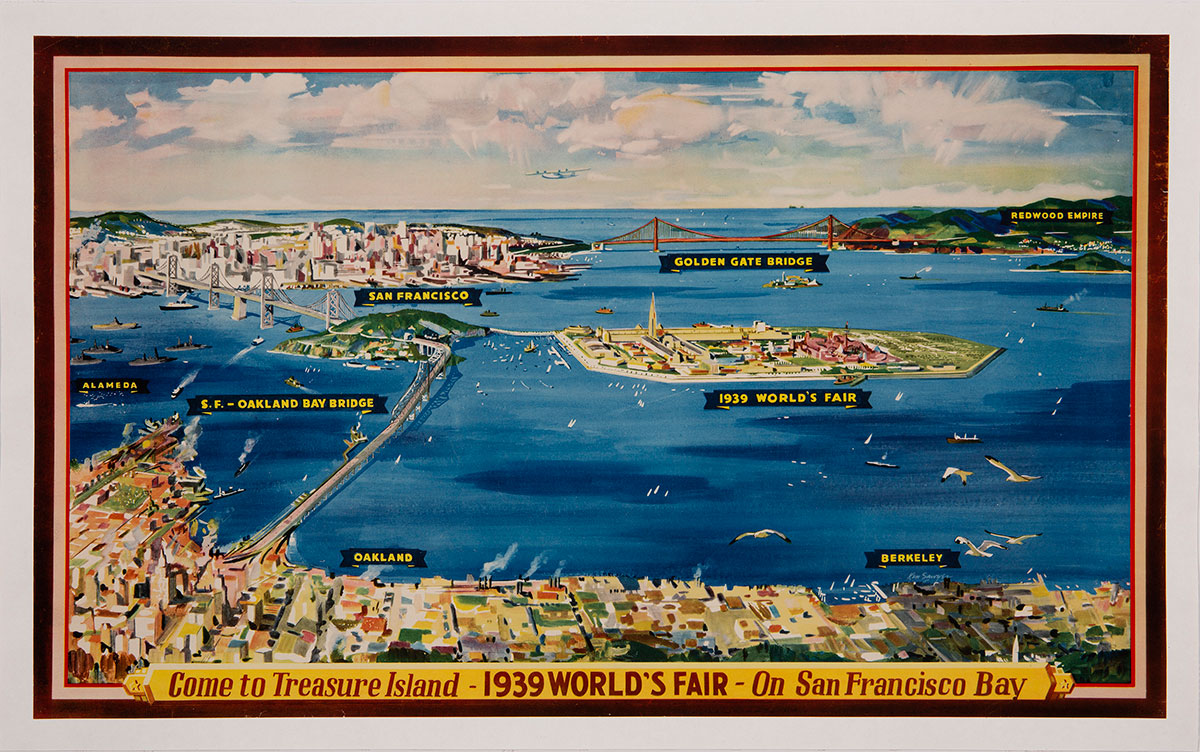 Artistic Focus – Kenneth Sawyer is best known for his skillful work as the advertising artist for San Francisco’s 1939 Golden Gate International Exposition. His maps, posters and panoramic views of the GGIE captured the scope and beauty of the event and remain collector’s items. Sawyer later had a successful career as a commercial illustrator and Hollywood movie poster artist, creating dramatic and colorful advertising images for numerous 1950s-era westerns and horror films. 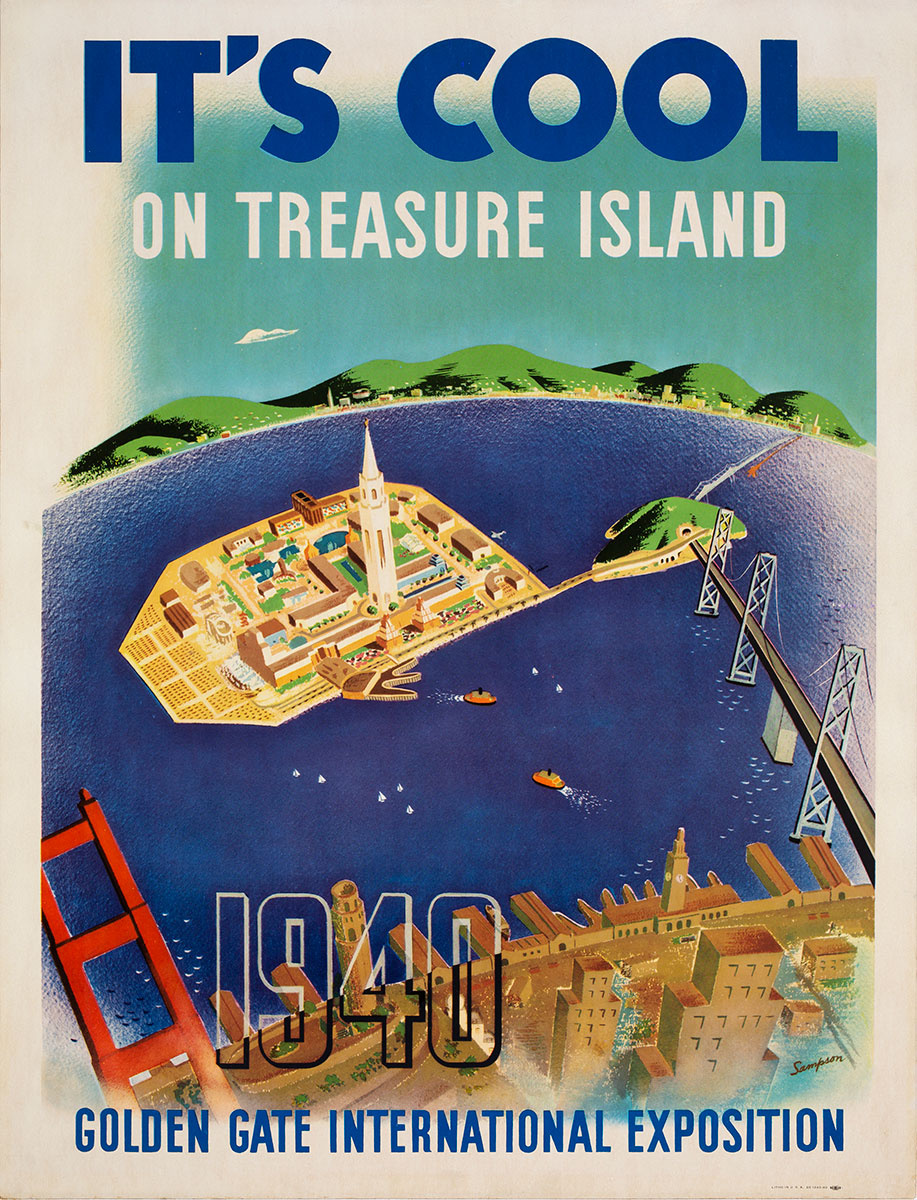 Artistic Focus – Cornelius Sampson founded a renowned design and commercial art firm in San Francisco, through which he became world-famous as a designer of public structures and interiors. His success in this field stemmed from his talent for strong composition and visual impact, equally evident in his early work in graphic design and poster creation.

Artistic Focus – Fred H. Robertson and his father, Alexander, were fifth- and sixth-generation potters who hold a significant place in the art pottery movement in the United States, and in Southern California in particular. Not merely following in his father’s footsteps, Fred H. Robertson distinguished himself by using native clays to produce graceful, wheel-thrown shapes with superb crystalline, crackle, matte and lustered glazes, as well as art tiles using a distinctive repertoire of soft color harmonies.

Artistic Focus – Chiura Obata’s artistic skill and his reverence for nature, especially the California landscape, was manifested in his adoption of the Nihonga style, which fused traditional Japanese sumi-e ink painting with the conventions of western naturalism. He moved freely between the classic delicacy of calligraphic painting and Modernist watercolors and color woodblock prints. Underlying all of Obata’s work was his Zen philosophy of selflessness in relation to the timeless forces of nature, giving his renderings, regardless of their subject matter, a beauty that seems to radiate.